Timing is everything when it comes to paying a deposit on a property by instalments instead of paying all of it on entering into the contract.

The decision is an important reminder about what a contract for the sale of land may require if you agree to pay a deposit by instalments.

Paying deposits by instalments on a property purchase

Generally, a Contract for the Sale of Land provides that it essential to pay the deposit on time, the buyer’s failure to pay on time  means the contract can be terminated by the seller with the deposit  then forfeited.

In the case of Alexakis v Wan, the deposit was to be paid in two tranches and the dispute was about the calculation of the due date for the second payment and the effect of paying it late. Mr Alexakis was late in paying the second instalment of the deposit and he did so after the seller had already issued a notice terminating the contract for non-payment of the deposit. And yet although he actually did pay all of the deposit by instalment, the Court upheld the seller’s right to terminate the contract and keep all of that deposit because he had paid it 3 days late.

With record high property prices, paying a 10% deposit up front is difficult for most buyers and so a 5% deposit is often negotiated. Commonly this is done on the basis that the seller accepts 5%  as a ‘part-payment’ of the usual 10% deposit.

Those contractual questions will be the subject of Part 2 of this article, to be published later.

On 4 April 2019, Mr Alexakis bought the property under a contract that showed the price as $4,830,000 and the deposit as $483,000, being 10% of the price. However, there was an additional clause in the contract, which had been drafted by the solicitor acting for Mr Alexakis and agreed to by the sellers, which provided that the buyer was to pay $241,500 as the deposit in 2 instalments. $150,000 was paid on the exchange of contracts and the balance of $91,500 was to be paid “on the 4th month after the contract date”.

Having paid the first instalment, Mr Alexakis travelled to Greece with his family on 1 July 2019. He was in Greece when the real estate agent sent him and his solicitor emails advising him to pay the balance of the deposit by 4 August 2019.

Unfortunately for Mr Alexakis, on 5 August 2019 the sellers’ solicitor issued a notice terminating the contract for non-payment of the balance of the deposit. The sellers also then retained the full deposit of $241,500 despite the late payment of the second instalment by Mr Alexakis (after they had issued the notice terminating the contract for non-payment).

Mr Alexakis then commenced proceedings in the Supreme Court seeking orders to nullify the termination of the contract and to require the sellers to complete the sale of the property to him. Alternatively, he sought repayment of the deposit money he had paid. The sellers, in response, sought confirmation that they had validly terminated the contract and were entitled to retain all the deposit money paid.

The Court dismissed Mr Alexakis’ claim and confirmed that the sellers had validly terminated the contract and were entitled to keep the full deposit of $241,500.

The Court had to interpret what the parties intended by the words ’on the fourth month after the contract date’. Mr Alexakis believed the clause permitted him to pay the balance of the deposit on any day in August 2019. The sellers interpreted the clause as requiring the balance of the deposit to be paid on or before 4 August 2019, exactly four months from the contract date.

The Court noted that the language used in the deposit payment clause was ’awkward’ because it is not usual to speak of money being or becoming payable ’on’ a particular month, as opposed to ‘on’ a particular day. It decided that reasonable businesspersons in the position of the parties would understand it to mean during or across the course of ‘the 4th month after the contract date’. The Court then calculated the 4 calendar months after the contract date as ending on 4 August 2019, which agreed with the sellers’ understanding.

The Court found that Mr Alexakis had misunderstood the clause that his own solicitor had drafted at his request. As a result, Mr Alexakis paid the second instalment after the last date permitted by the contract and breached an essential contract term.

Although the second instalment was paid after the sellers had issued a notice to terminate the contract, the Court decided that it was not unjust or inequitable in the circumstances for the sellers to keep the deposit.

In addition to losing the property and his deposit money, Mr Alexakis was also ordered to pay the sellers’ legal costs.

The decision highlights the need for a contract to be more precise about the due date for paying deposits by instalments.

Unfortunately for Mr Alexakis, the Court of Appeal ruled that there had been no error in the initial judgment and that no clause in the contract had the effect of extending the payment deadline for the second instalment beyond 4 August 2019 and that payment by that date was still an essential term of the contract.

The outcome was therefore that Mr Alexakis incurred more legal costs, including having to pay the sellers’ legal costs for his appeal, and was still unable to get his deposit back.

Buyer beware when paying deposits by instalments on a property purchase

The Court in its initial decision had noted that Mr Alexakis said he had not sought advice from his solicitor about interpretation of the correct date in response to the agent’s e-mails because he knew he had the month of August to pay and ‘it was as simple as that’. In his mind, there was no doubt.

The Court noted that he was “very confident about the correctness of his own understanding” and he had discounted the agent’s e-mails because the agent’s calculation of the due date for payment was contrary to his own understanding. According to the Court, Mr Alexakis had “acted in a cavalier fashion” in response to the agent’s e-mails, because he could have made the payment by 4 August 2019, but didn’t do so because he was so confident of the correctness of his belief about what the contract required in this case.

Even though the second deposit instalment was paid only 3 days late, as ‘time was of the essence’ under the contract the Court held that the sellers were entitled to respond to Mr Alexakis’ serious breach by exercising their clear legal right to terminate the contract and keep the deposit.

Could the sellers have recovered the full 10% deposit?

Although the contract in this case stated that the deposit was 10% of the agreed price, the sellers only sought to retain the 5% deposit paid and did not seek to recover the rest of the 10%.

For this reason, this case did not address the question of whether the sellers would have been entitled to recover the full 10% deposit from Mr Alexakis. It is not clear from the case why this was so, other than to note that it was “common ground” (i.e. both parties agreed) that the deposit was only the 5% amount.

In other cases over recent years, there have been conflicting decisions about whether sellers are able to recover an unpaid portion or instalment of a 10% deposit when the purchaser fails to complete the purchase.

This is a question that will be looked at in Part 2 of this article, as it raises issues that particularly sellers and their solicitors need to consider when preparing and negotiating contracts for sale.

Craddock Murray Neumann Lawyers has extensive experience in drafting and advising on contracts and acting on sales and purchases of all kinds of properties.

Our team of expert property lawyers are ready to assist you with all your property needs, and can be contacted on 1300 123 529 or via email. 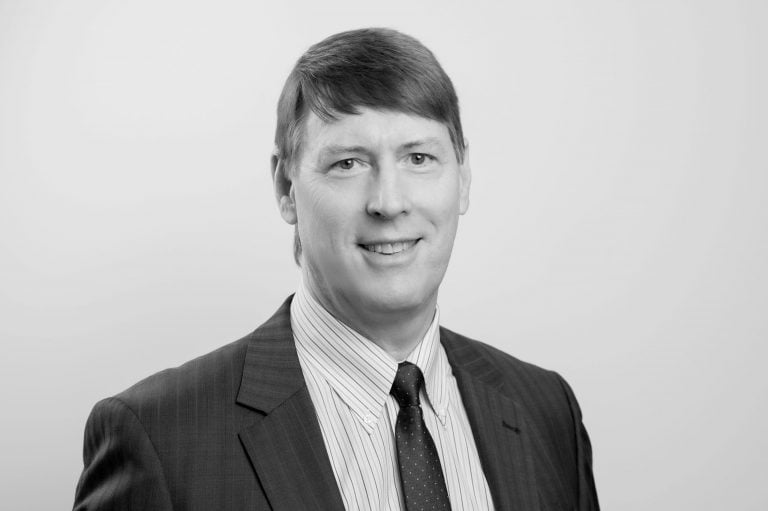 Applying for Australian citizenship – the process and pitfalls 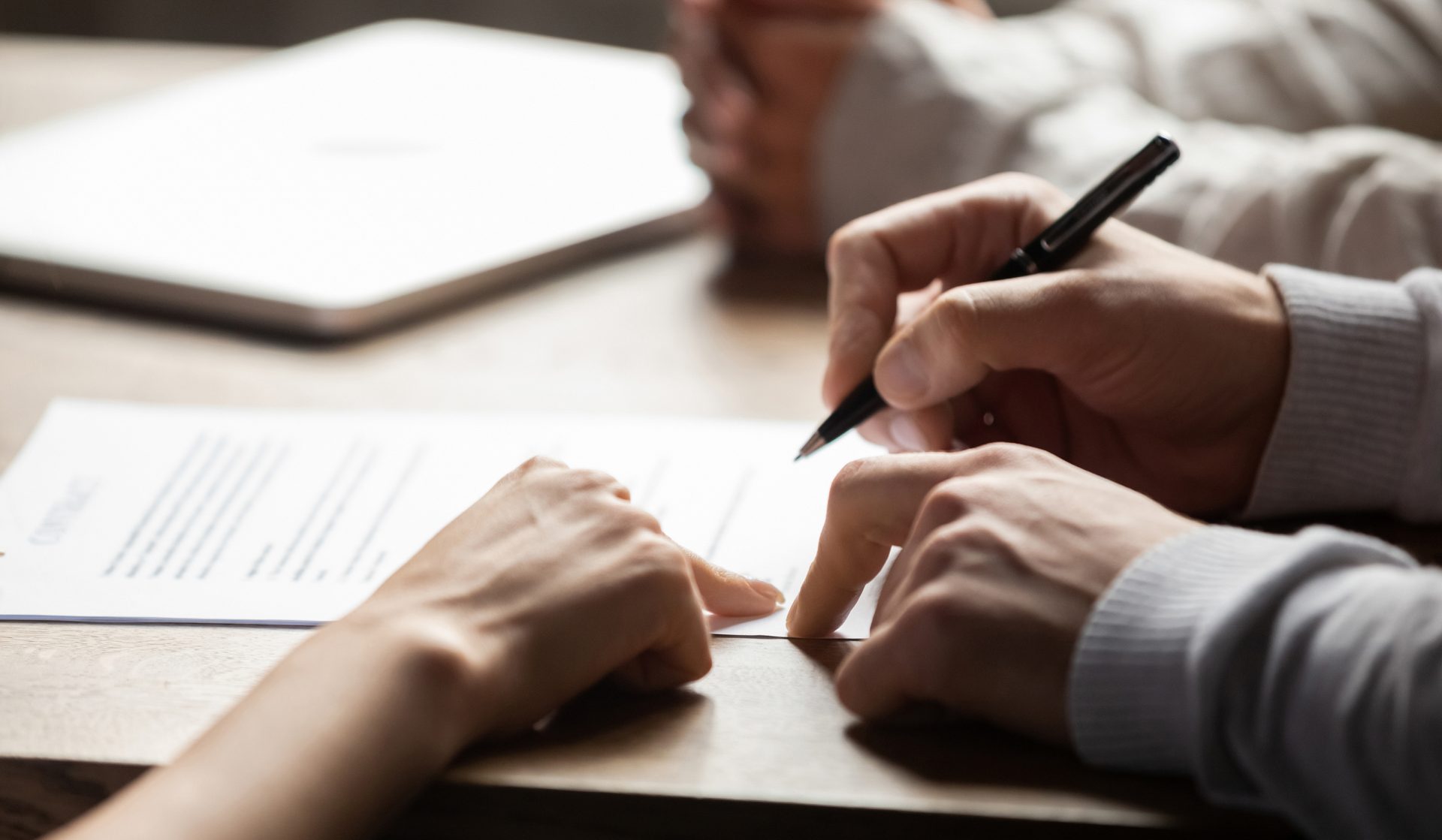 Does a contractual right to lodge a caveat imply a caveatable interest?

Four things to know before applying for an Australian Partner Visa 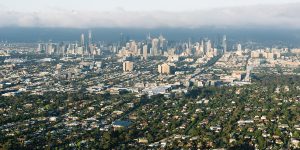